If there’s one thing I’m not a fan of, it’s kitchen appliances that only do a single, very specific, task.

Egg separators. Avocado slicers. Hot dog makers. As far as I’m concerned, in my kitchen, everything needs to be able to do at least two things.

Now, I realise people aren’t kitchen appliances. However, when you’re building a team, it’s a good idea to think about how versatile your team members are. While you can expect some of your team members to be specialists in a specific area, you want to make sure that you stack your team with people who have a wide range of skills, and are able to change easily between a range of tasks.

While taking our seven steps to successful team formation will make it easier for you to create a team that’s capable of great things, it’s not enough. You also need to ensure you actively encourage the development of bonds between your team members, and the fortification of said bonds.

Team-building exercises (from corporate retreats to competitive Lego-building to go-karting) have been the brunt of many jokes in popular culture, but they exist for a reason – great teams rarely form naturally, and creating shared experiences is an effective way of building camaraderie and fostering teamwork. 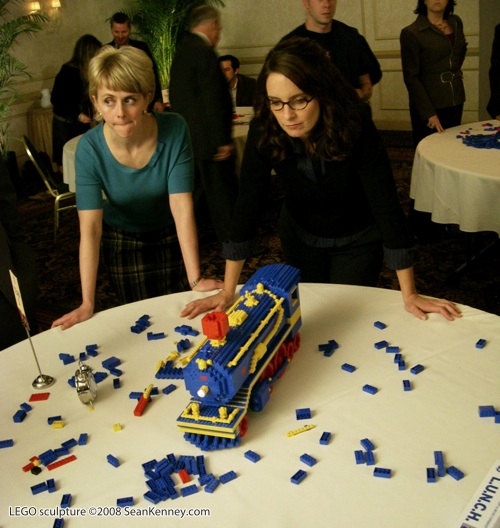 Tina Fey builds a Lego train in a timed team building competition in a 2009 episode of 30 Rock. Source: NBC / Via seankinney.com

Given that Googling ‘team building games’ will yield you some 254 million results, it can be difficult to know which game or activity will work for your team. The type of game or activity you pick will depend on a few factors, including the size of your team, your objectives, and your company culture.

<< Previously: Why you need a clear and common goal <<