Welcome to our product showcase, full of release information and early looks at upcoming development. 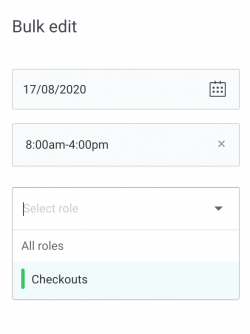 An exciting addition for those rostering a lot of similar shifts who may need to make adjustments in bulk, the new ‘Bulk Edit’ feature is housed under the More Actions menu and can help rostering managers save a bundle of time.

A new award condition allows our award interpreter to alert and pay additional earning rates when an employee hasn’t taken a break within a certain number of hours into their shift, until that break is taken.

See you next month for another update! Feel free to check out past showcases here.